"There are 1,566 houses! LEGOLAND Deutschland has done it!"

With these words the record judge of the Record Institute for Germany, confirmed what thousands of participants and LEGO® enthusiasts have been eagerly awaiting – LEGOLAND Deutschland has set the world record and built "the largest LEGO city in the world" together with park visitors. The specified number of 500 houses was exceeded by far and the planned building area of 100 square metres was already expanded after a short time. A hard-working organisation team and thousands of creative park visitors made this great project possible: Together with the LEGO Group, the LEGOLAND Deutschland team has been working since the end of 2021 to set a new LEGO world record. In the family theme park in Günzburg, the world's largest LEGO city was to be built within 14 days, with the help of park guests. Construction of the project started on 27 August. Within two weeks, about 2,800 visitors built 1,566 houses and placed them in the LEGO city. About 1,000 street elements connected the individual neighbourhoods. A total of 1.8 million LEGO bricks were used for the LEGOLAND world record in the anniversary season. 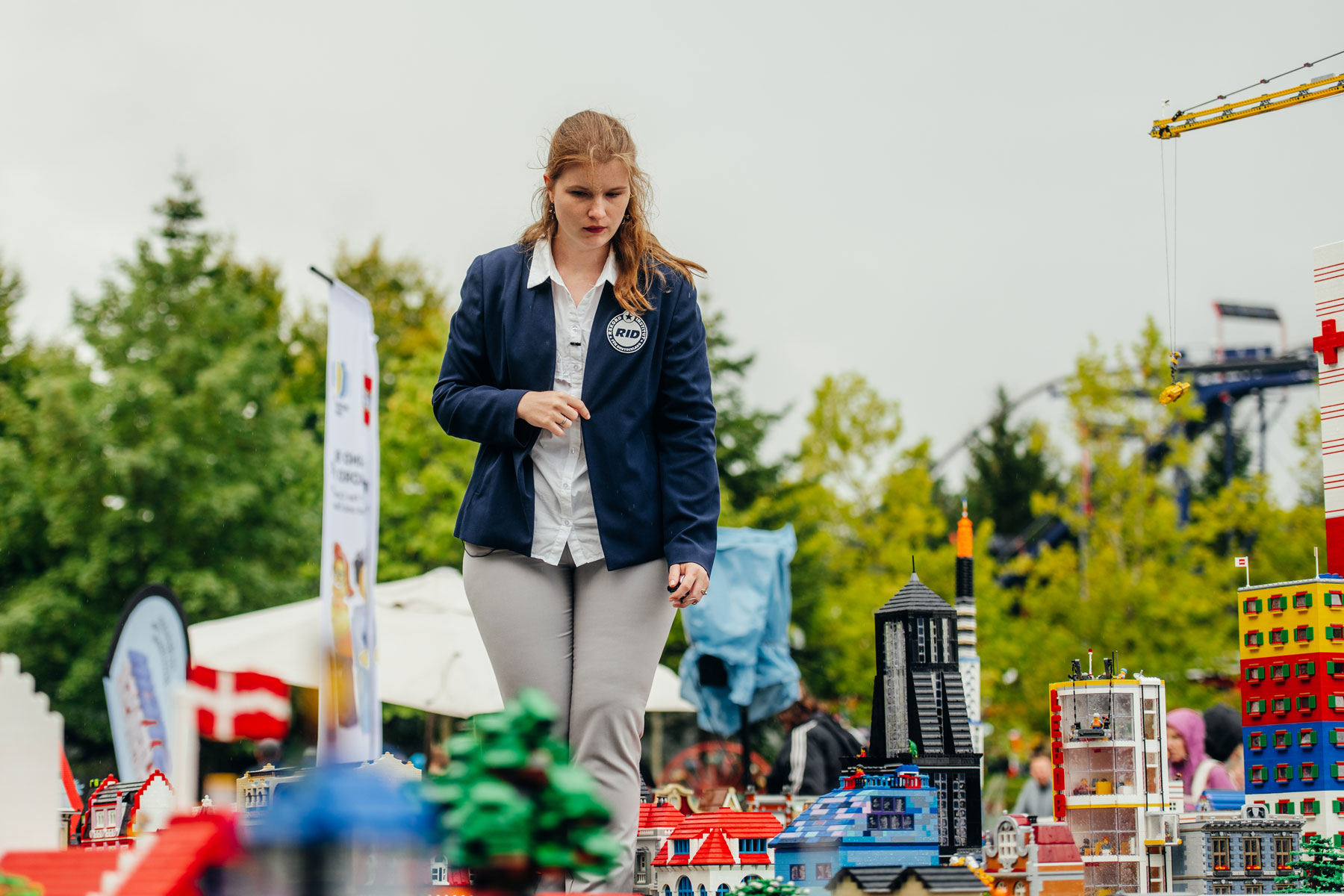 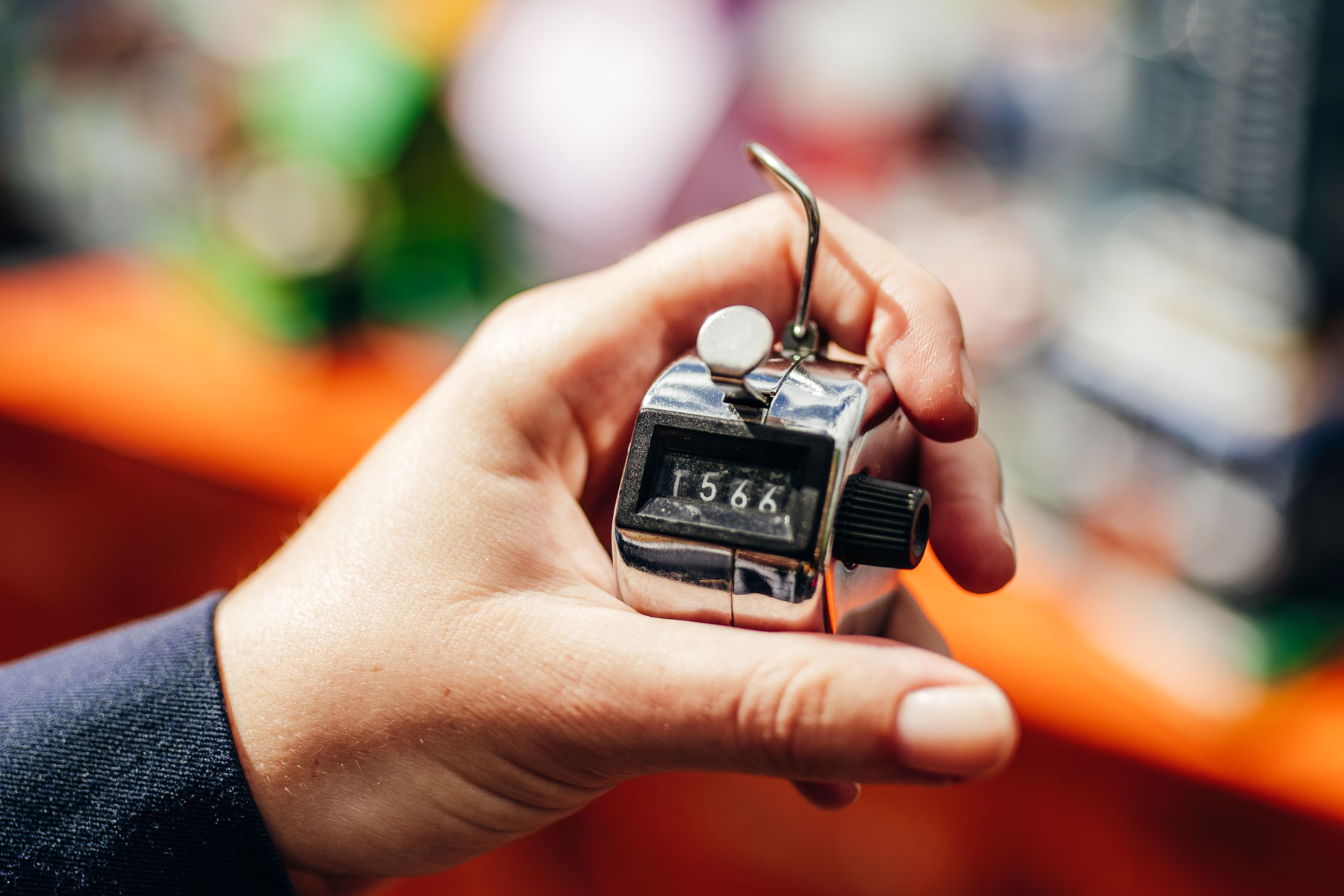 "To see how well the project was received here in the park and how many visitors diligently built along is great! It's awesome that we have set another LEGO world record in our 20th anniversary year." 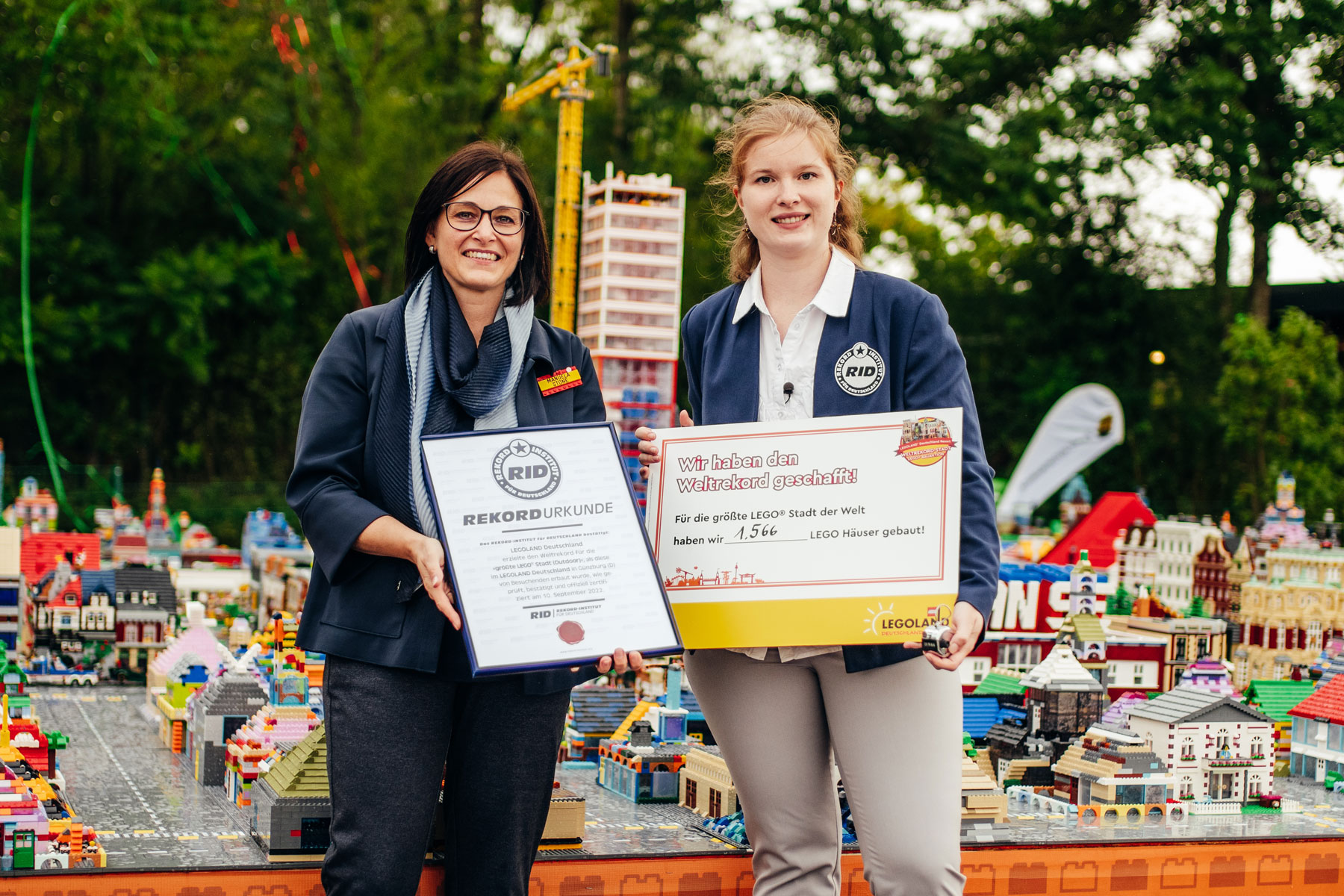 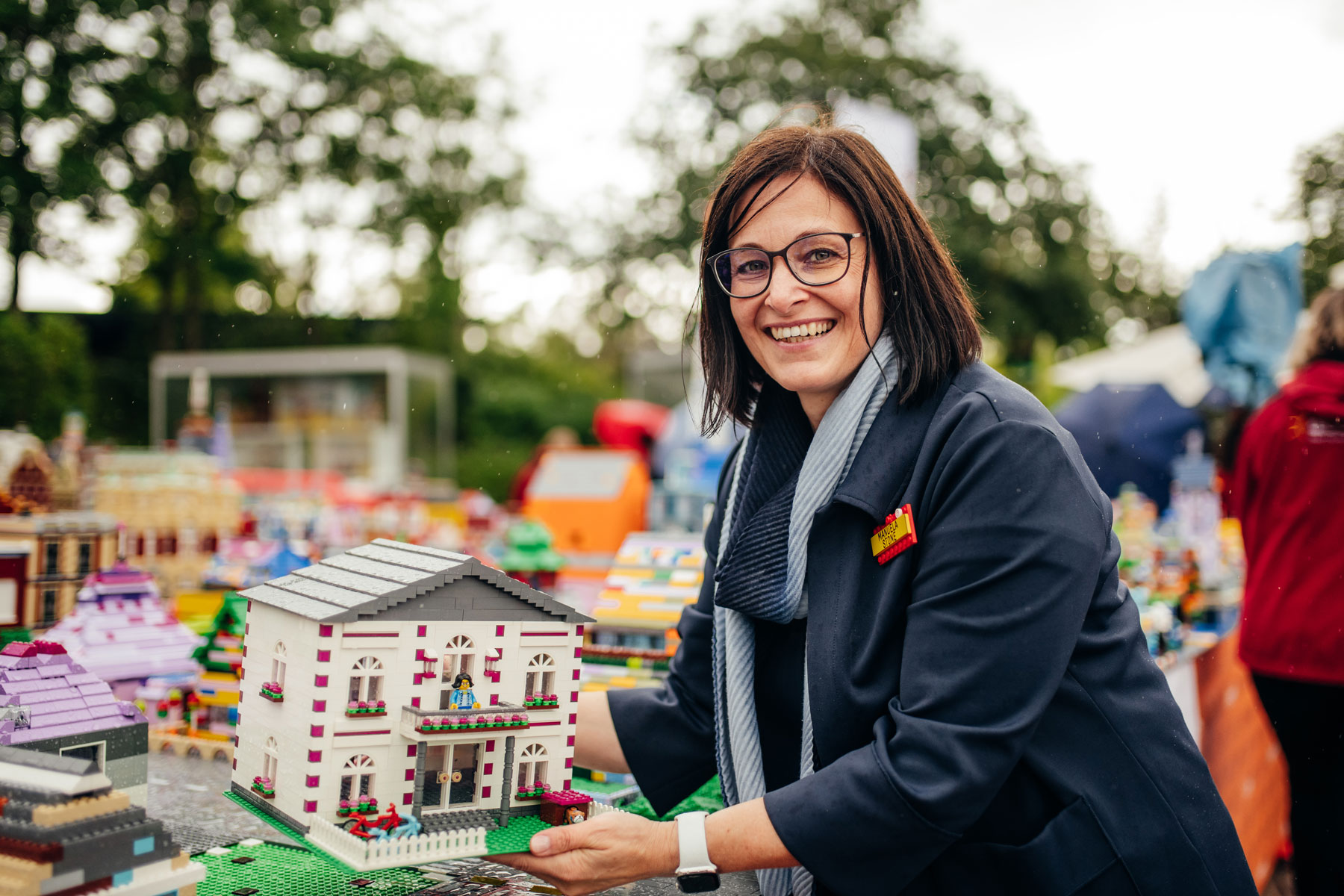