Madame Tussauds London’s famous Chamber of Horrors returns to the Baker Street attraction this month, featuring some of the capital’s most infamous criminals from the last 150 years.

First introduced to British audiences in 1818 while Marie Tussaud toured the UK with her travelling wax exhibition, the return of Chamber of Horrors will again shine a light on some of London’s darkest crime scenes of the past 150 years, including those committed by:

Whilst the crimes these individuals committed are all very different, each one had a significant impact on social and criminal history, as well as being well documented by the media at the time, and well into the present day.

“Relaunching Chamber of Horrors continues an important legacy first started by Marie Tussaud herself more than 200 years ago. In bringing it back, we have remained true to Marie’s original vision of featuring individuals whose different crimes have each had a significant impact on Britain’s social and criminal history. Chamber of Horrors returns this October as a chilling reminder of some of the most infamous and darkest crimes in the capital’s history.” 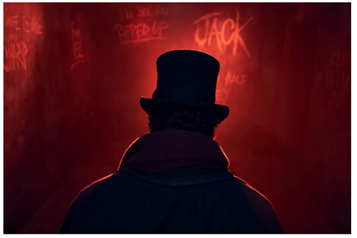 “Crime and horror have been embedded in the history of Madame Tussauds London since its inception. The original Chamber of Horrors first opened more than 200 years ago, and featured death masks and authentic relics, alongside the figures of the most infamous offenders of the time. Madame Tussauds London's archive houses a significant collection of historical artefacts, which help tell the story of some of the capital's darkest crimes. The return of Chamber of Horrors will once again see some of these items back on display to the public."

Historical true crime artefacts from Chamber of Horrors over the past 200 years include the glasses of Dr Crippen, convicted and hanged for the murder and dismemberment of his wife in 1910, and the pram used by Mary Pearcey to transport the bodies of her lover’s wife and child who she was convicted of murdering in 1890.

Chamber of Horrors, which previously closed its doors in 2016, re-opens at Madame Tussauds London on Saturday 22nd October 2022 and will be included at no extra cost within the guest ticket price and will be entirely optional, with a recommended age of 16+ to enter the space.