Clay head sculpture images of President Joe Biden and Vice President Kamala Harris have been released by Madame Tussauds in honor of their 100th day in office.

Kamala Harris made history when she was sworn in on January 20th becoming the first woman, first Black person and first Asian American Vice President. Madame Tussauds New York is adding another first to Harris’ list of achievements by creating a wax figure in her likeness; an honor that has never-before been extended to a vice president.

Madame Tussauds shared the news by releasing work-in-progress images of Biden and Harris, just ahead of their 100th day in office. The clay heads were created by a team of studio artists based in London and represent meticulous detail captured by researching hundreds of images to achieve an exact likeness of the famous U.S. leader’s faces.

The heads took six weeks to sculpt and the figures will take between four to six months to complete. 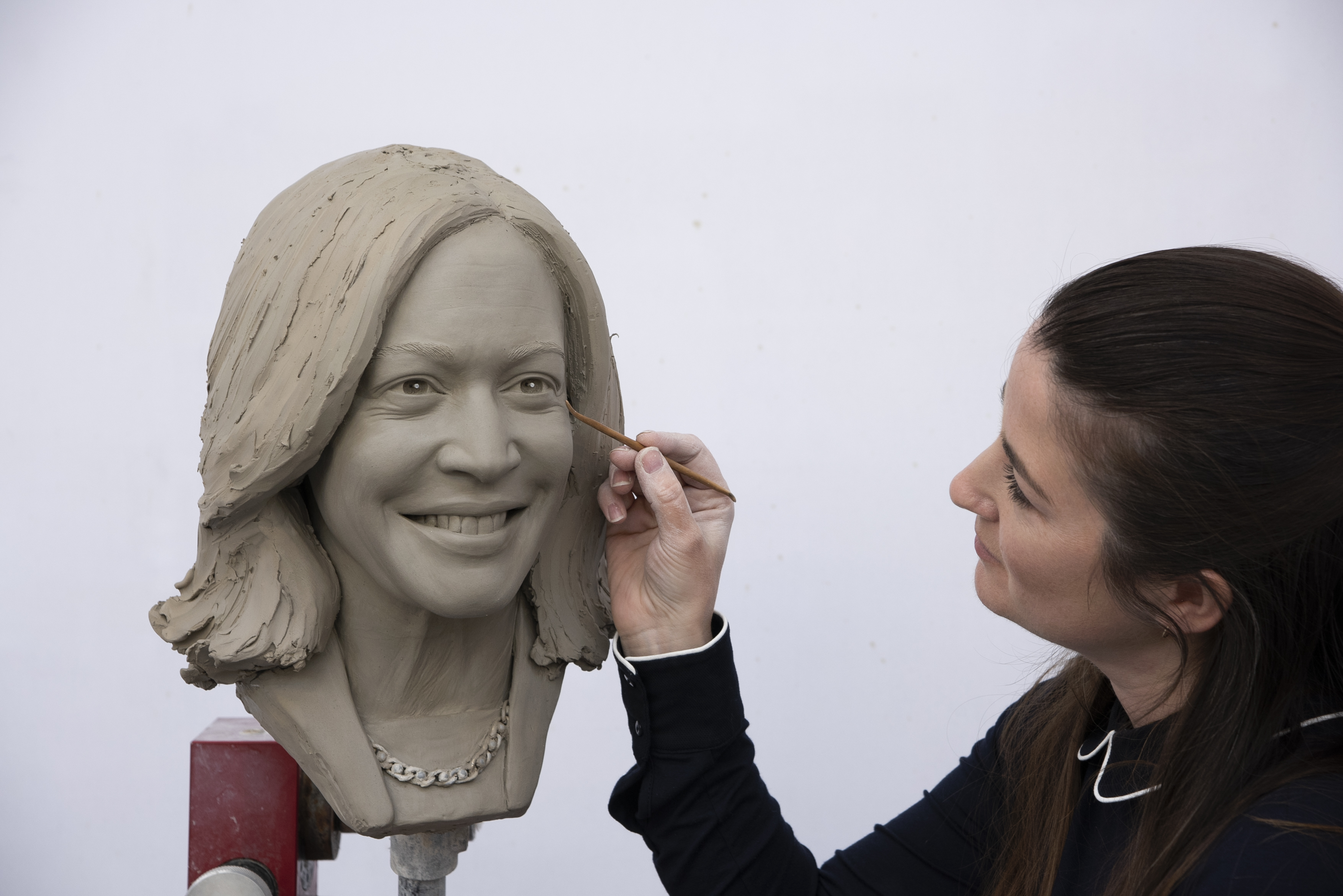 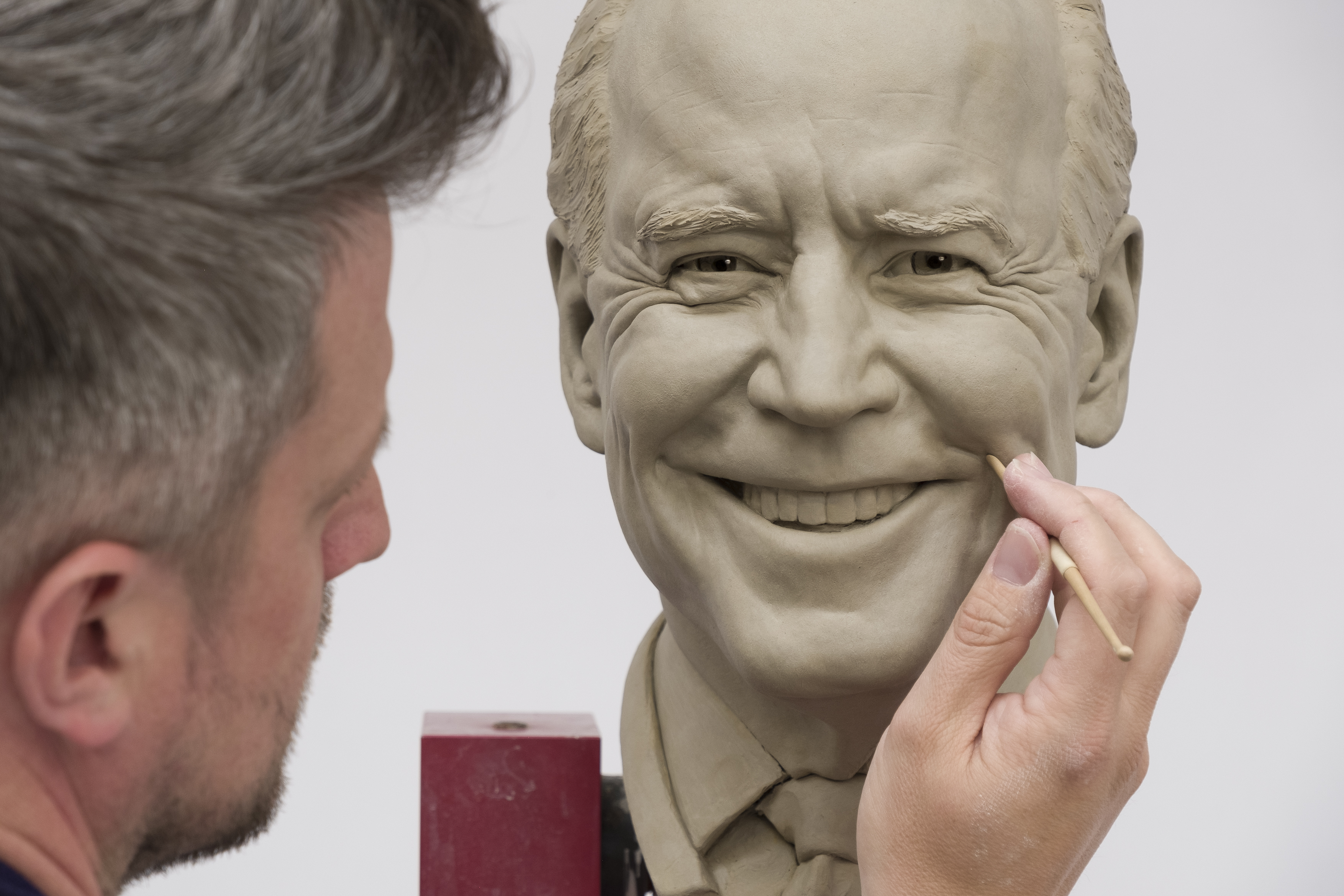 President Biden and Vice President Harris’ figures will be wearing replicas of the outfits worn at the 46th presidential inauguration ceremony. President Biden’s figure will be dressed in a midnight blue Ralph Lauren suit, white dress shirt with a French cuff and a lavender tie. Madame Tussauds designers also included small, yet noteworthy details including navy and gold cufflinks with the words ‘U.S. Senator’ and a United States flag lapel pin.

The outfit for Vice President Harris’ figure was created custom for Madame Tussauds New York by Christopher John Rogers, the designer of the symbolic and elegant purple coat and dress worn at the inauguration. The look created for the figure is a replica of the blazer and dress worn by Vice President Harris on Inauguration Day for her indoor appearance and swearing in of the senators. Her gold and pearl necklace, pearl earrings, bracelets and rings will also be replicated to complete the authentic look.

“We’re honored to create a figure for Vice President Harris and reflect this significant moment in U.S. history for guests inside Madame Tussauds New York."

Madame Tussauds plans to unveil the figures later this year and place them in the “Oval Office” experience at Madame Tussauds New York where guests can make their own history posing with Biden and Harris up close.