Hot on the heels of the global film release, Madame Tussauds London unveiled their brand-new Captain Marvel experience, as the trail-blazing Super Hero joins the likes of Spider-Man and The Incredible Hulk in the attraction’s Marvel zone.

Landing at Baker Street for the Easter school holidays, Madame Tussauds London worked closely with Marvel to ensure the figure captures the essence of Captain Marvel alongside an experience that will leave guests feeling like they really are stepping in to Carol Danver’s shoes… 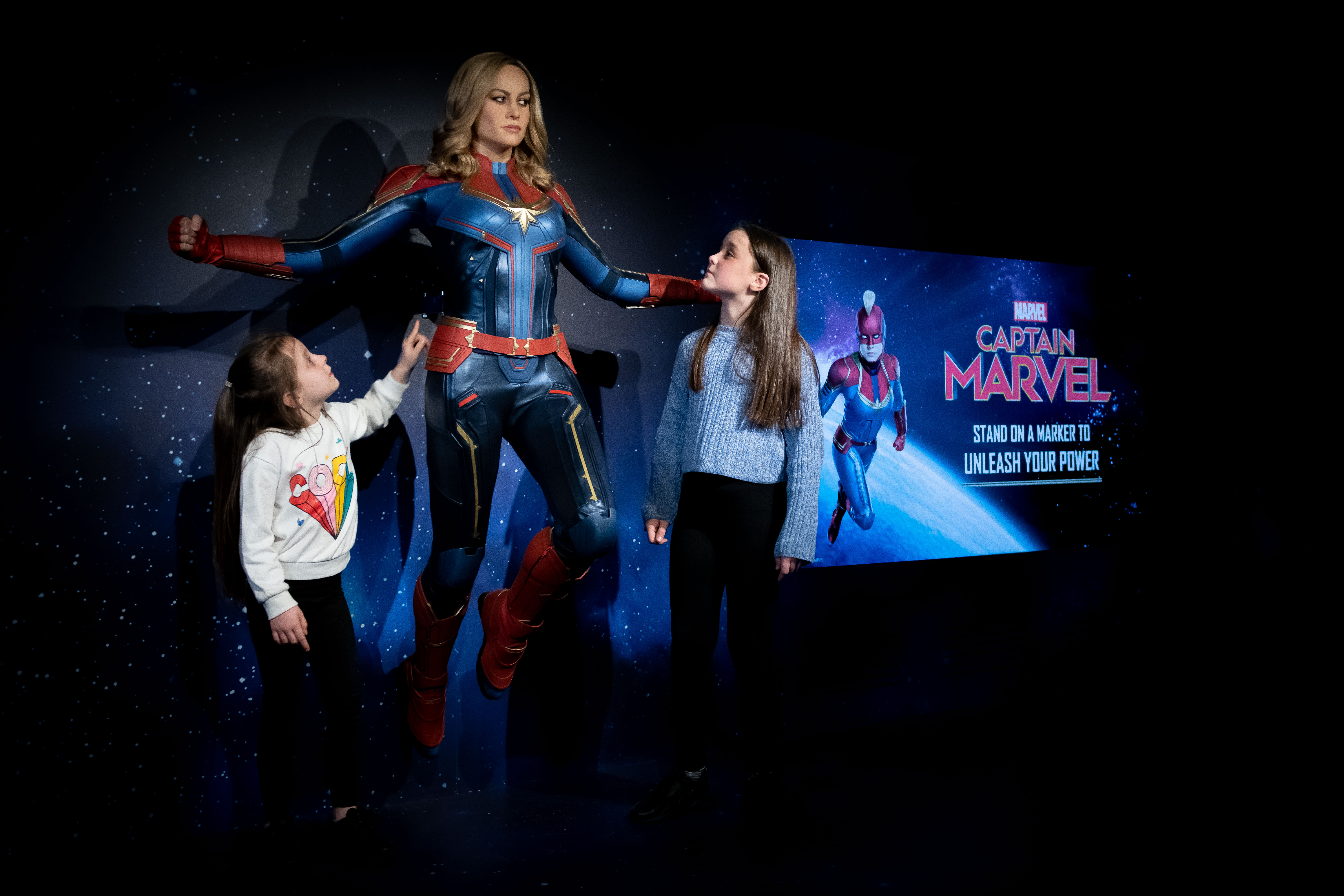 The figure, which depicts Brie Larson’s character mid-flight, sits alongside a multi-user augmented reality experience that allows fans to take on a Super Hero role themselves using body-tracking sensors. Stepping in front of a giant screen, guests will see Captain Marvel’s insignia appear on their chest and a fiery glow appear around them as they harness her incredible binary powers.

“In a year that has so far seen Madame Tussauds London unveil a host of female superstars it was a no brainer to have Captain Marvel join our ranks. We all dream of having super powers sometimes, and now our guests can take on Captain Marvel’s powers for themselves as part of this exciting new addition to the attraction."

Visitors to Madame Tussauds London will be able to 'feel the power' alongside Captain Marvel from 6th April 2019, as well as meeting other Marvel Super Heroes such as Spider-Man, Nick Fury and Iron Man.